Oxygen Manchester Stylish Apartments
and Townhouses for Sale in Singapore 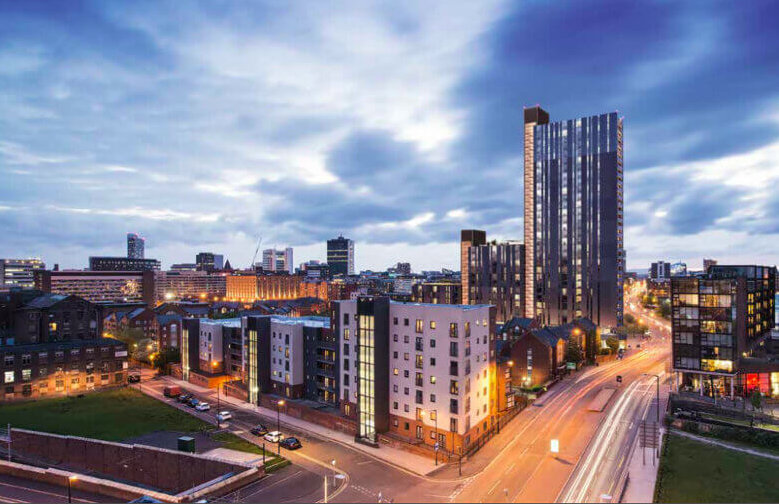 Luxurious apartment in the heart of UK's 2nd biggest city from S$6xxk Only! 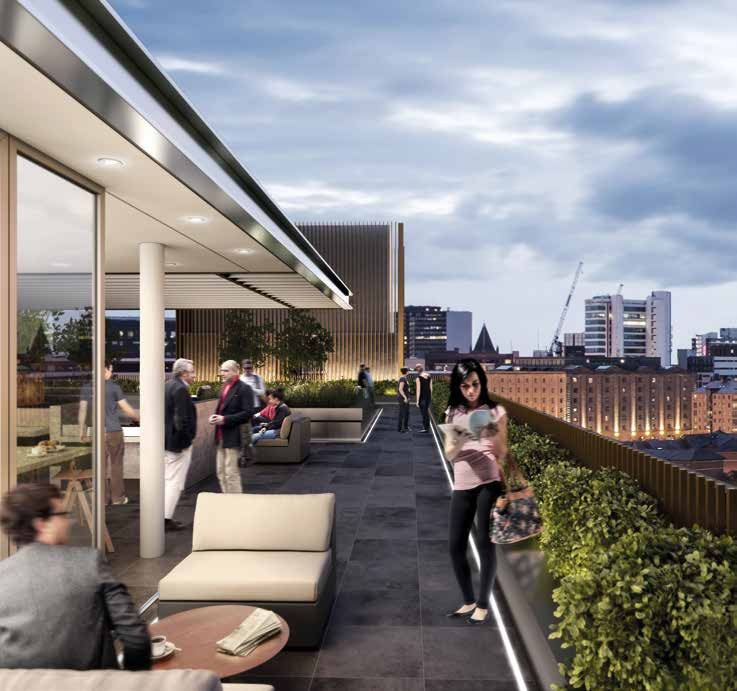 High profile property developments in the heart of the city of Manchester, the second biggest after London, are few and far in between. Therefore Oxygen offers excellent opportunities to invest in this fast growing city at far more affordable price than London.

Located within a highly accessible location in close proximity to Manchester Piccadilly Station, the Northern Quarter and the main commercial core of the city centre, Oxygen Manchester which comprises 345 stylish apartments, 12 townhouses, leisure and amenity facilities and sky gardens, will be a beacon on Manchesters skyline.

Oxygen is a community. A place to work, rest and play.

Manchester, well known for its two world-class football clubs Manchester United and Manchester City, is UK biggest urban metropolis outside of London. It is rich in heritage with an established economy, multi-modal transport network including the UKs largest regional airport, with daily flights to global destinations.

Hosting the bi-annual International Arts Festival (MIF), the Conservative and Labour Party Conferences at Manchester Central, a widely recognized cultural and lifestyle scene, the city is also home to the second largest China Town in the UK.

Manchester is identified by overseas investors as a source of opportunity with major strategic developments backed by investors from around the globe.

A connected place. Connected to your friends, connected to Piccadilly and connected to the sky. Oxygen is unique. Its a vertical village. Family town houses engage the street. 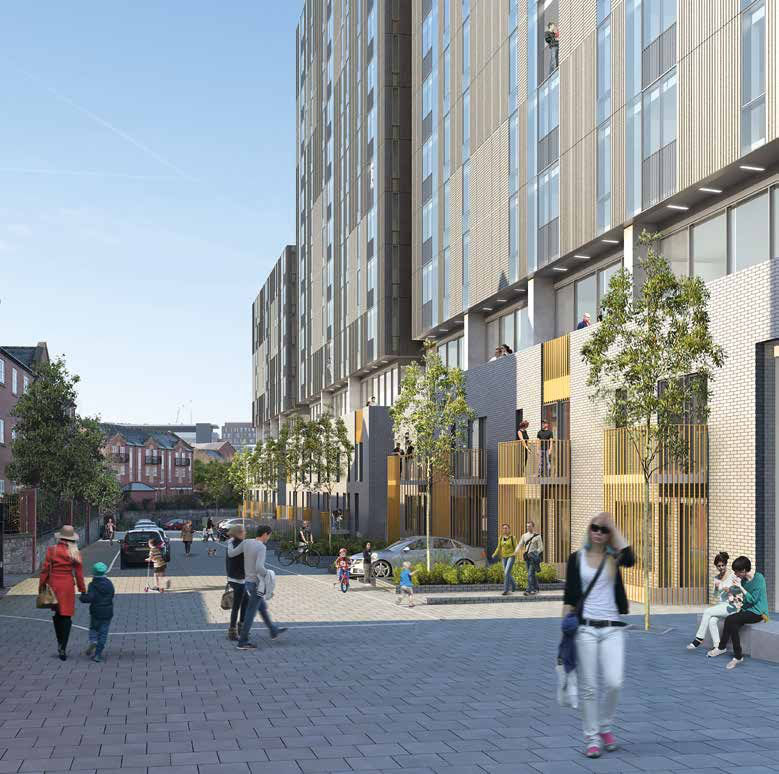 The south west corner of the development has been designed to accommodate a stepped allotment terrace. Grow your vegetables then nip in the pool for a soak. Under the allotments we have incorporated a coffee shop to get your morning fix.

The building steps up from 8 to 14 and up to 31 storeys. Roof gardens with party rooms to rent are situated on levels 9 and 15. The roof gardens face the City and offer unrivalled views and sunsets.

Generous storage and parking provision allow Oxygen to fit your lifestyle. 24 hour concierge and support from the on site Oxygen team will be at hand.

Oxygen is unashamedly high quality  both iconic and accessible. A new benchmark in urban living.

16 Compelling Reason to Invest in the Oxygen Manchester apartments

From your doorstep to the rest of the world.

Manchester City Region has a world class, multimodal, integrated transport infrastructure which provides connectivity across the conurbation and the wider Northwest region, and direct access to the rest of the UK and world.

As the Norths only major international gateway, Manchester is truly internationally connected, providing vital transport links to the rest of the globe via Manchester Airport. 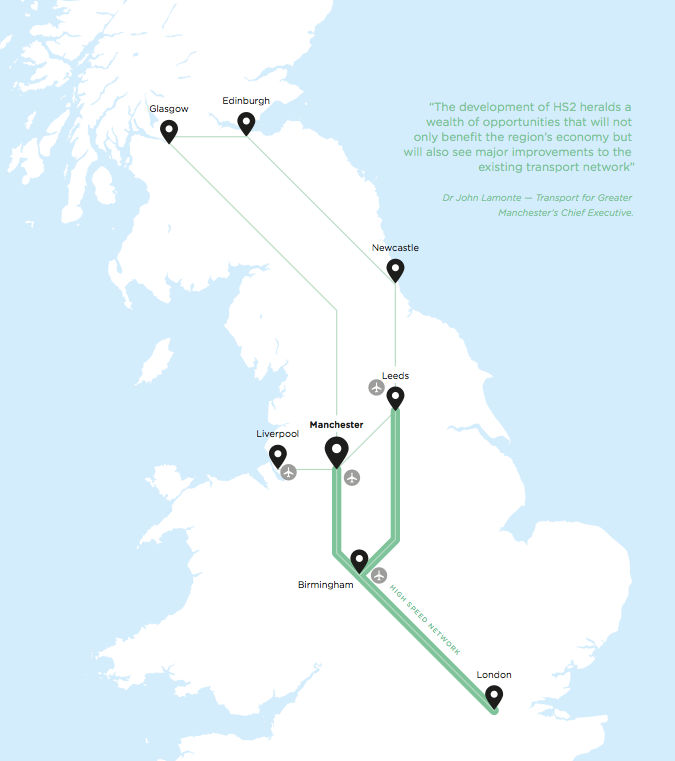 Greater Manchester and the inner city centre are served by an extensive bus and tram network. The tram system is undergoing a major overhaul and by 2016 will be the largest in the UK.

Manchester will also see a series of improvements to its rail services being at the heart of the Northern Hub investment scheme. More frequent and faster services will be provided with an additional 700 trains per day. The second city crossing will also play a vital role in providing necessary capacity, flexibility and reliability for the future tram network to operate and will also improve access by Metrolink into the heart of the city, connecting both the new lines and people across Greater Manchester.

HS2 to Manchester Piccadilly will reduce journey times to London to approximately 1 hour. The new rail link will also boost economic growth and further open up commercial opportunities for businesses in Manchester and the North West. Ahead of HS2 there are also plans in place for a multibillion pound regeneration around a new look Train Station at Piccadilly. Planners view is to create a new gateway quarter modelled on Amsterdam and New York.

The Oxygen Manchester is perfectly placed in the heart of Piccadilly Manchester where amenities are aplenty. 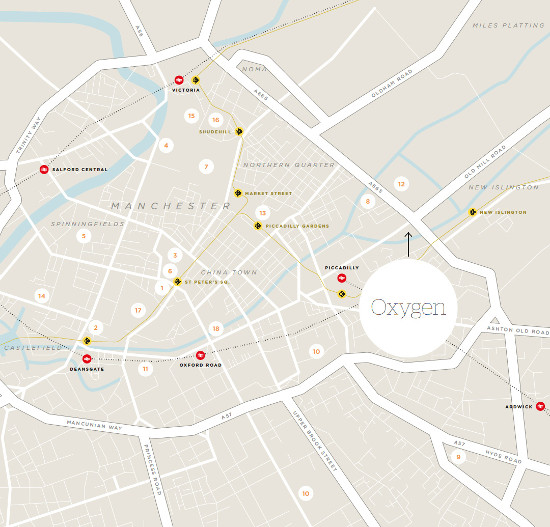 * 12 minutes walk to The University of Manchester (North Campus) 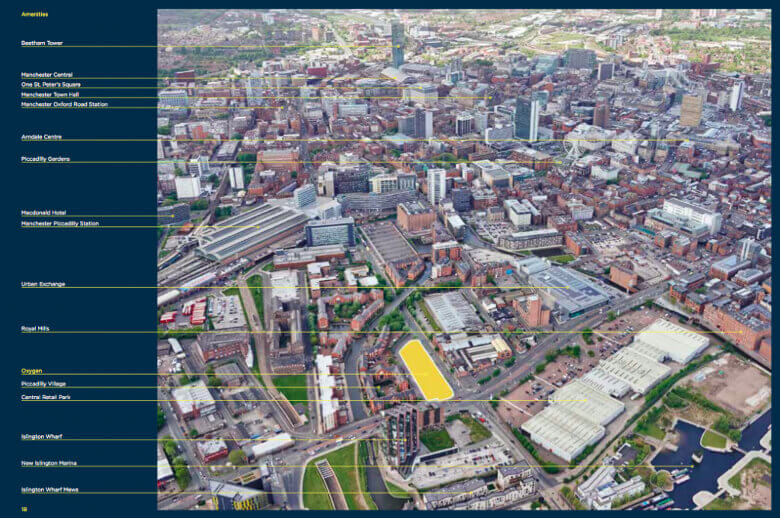 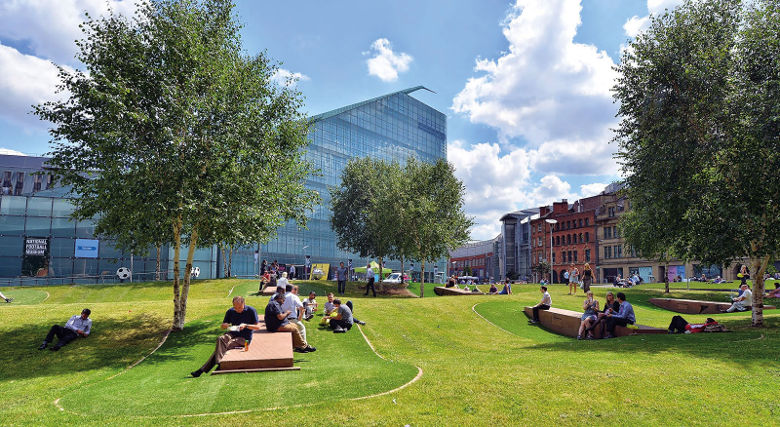 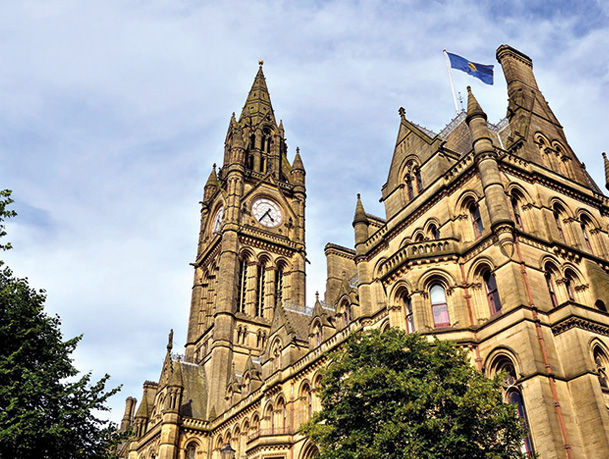 Manchester is the North Wests forward looking and inspirational city region. It is a world class business and investment location with all the benefits and attractions of a vibrant European metropolis.

Recognised around the world for commerce, culture and two premiership footballing giants, the fastest growing regional capital in the UK with an economy equal to that of Leeds, Liverpool and Sheffield combined. Manchester benefits from a world class, multimodal integrated transport infrastructure that provides fast and affordable connectivity throughout the conurbation and to the rest of the world. 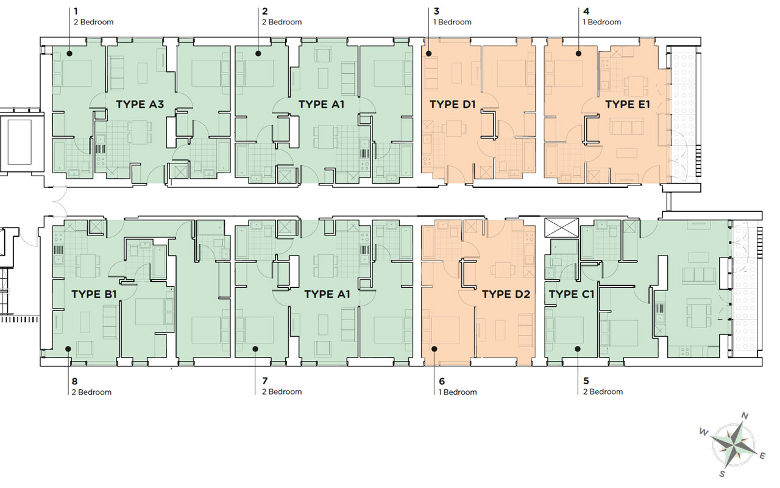 Here's Why you should Register your interest Early:

Learn.."Why your next property investment should be in MANCHESTER

Don't Miss Out the Golden Opportunity to be invested in
UK's second  biggest city, Manchester